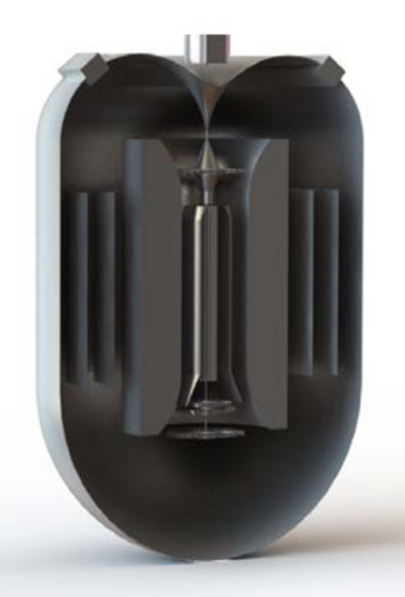 Steve Rhyne, NuGen’s founder, conceived of the ideas underlying his initial patents due to concerns in 2001 with the then growing predominance of coal plants, which at the time seemed likely to continue, and with what appeared then to be a lack of focus in the US on other than large water-cooled reactors. Since then, Steve has continued to be motived in actively pursuing his vision of commercializing these revolutionary nuclear concepts by his concern about climate change and his belief in the vital role that nuclear energy can play in decarbonizing our national and global economy without jeopardizing our economic prosperity.

Initial Concepts & Patents.  Steve’s initial concepts were based on integrating a fission fuel core into a jet engine and using the kinetic energy generated by the revolving nuclear-fueled jet engines to directly produce electricity.  The wasteful conversion of nuclear energy to thermal energy to generate electricity, and the associated balance of plant, would thus be eliminated. These concepts have been patented by Steve and assigned to NuGen: Nuclear-Fueled Power Generating System, Patent Nos. 6,877,209 B1 (4/12/2005) and 7,073,319 (7/11/2006)​.  They were analyzed by Professor Tsvetkov and his group at the Department of Nuclear Engineering at Texas A&M University in a 2012 Concept Feasibility Analysis and Pre-conceptual Design Development study which concluded that the concept “is a unique concept offering a number of performance advantages and promising design features that are not found in other nuclear reactor concepts.” The study recommended the concept as technically feasible to pursue towards engineering prototyping and potential deployment.  Dr. Tsvetkov’s group proceeded to develop engineering system designs based on the patented concepts.

The NuGen Engine™.  To develop a broadly deployable concept more immediately, Steve redirected his research and development efforts toward a simpler reactor concept, while still integrating a nuclear fuel core into a high-temperature gas propulsion chamber. It is called the NuGen Engine™ due to its compactness and versatility.

Information about the NuGen Engine™ was first presented at the Advanced Reactors Technical Summit V (www.arsummit.org) in February 2018, where it was well received. The next presentation of the NuGen Engine™ was in Houston in November 2018 at SpaceCom2018 (https://spacecomexpo.com/) where Steve discussed the remote energy generation capability of the NuGen Engine™ both in space and on our planet at remote locations and for military and commercial purposes.  The discussions during and after the conference validated the need and markets for the NuGen Engine™.  Certain previously confidential information about the design, including the spiral fuel core and its advantages, were described publicly for the first time in June 2019 at the GAIN Micro-Reactor Workshop held at Idaho National Laboratory.

Click here for a description of the NuGen Engine™, its key differentiators, uses and value proposition.