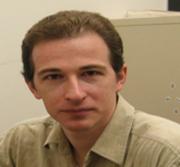 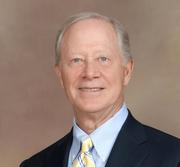 Founder & CEO.
Steve Rhyne is the founder and chief executive officer of NuGen.  Steve has had a varied professional career.

He graduated Phi Kappa Phi in 1969 from West Point, where he studied nuclear engineering.  He served as a

with tours in Vietnam and Europe.

He graduated from The George Washington Law School with high honors, clerked on the U.S. Court of

Appeals for the D.C. Circuit, and then began practicing corporate law in Charlotte, North Carolina with

acquisitions and private equity law, areas in which he was regularly recognized in editions of the Best

Outside of his practice of law, Steve patented his NuGen concepts and undertook the design, development and commercialization of the concepts beginning in 2001. Steve began devoting more efforts to other nuclear matters in 2008, both outside of his law practice and as part of his law practice. He has served, for example, as the Co-Chair, “High Temperature Gas-Cooled Reactors: Strategy and Overview,” 2014 International Congress on Advances in Nuclear Power Plants (ICAPP).

Steve also began an active role in 2008 in climate change as an author, speaker and moderator and as a member of K&L Gates climate change practice group. Steve retired from K&L Gates and the practice of law in December 2016 with the goal of devoting more time and effort to NuGen and climate change.

To see a fuller description of Steve’s bio and activities, click here.

Pavel Tsvetkov.
Pavel began collaboration with Steve in 2010 when his group undertook the independent assessment of the

NuGen concept and its technical feasibility.  Following the extremely positive results of the assessment, Pavel

continues working with Steve to bring the NuGen engines to reality.

systems with minimized or zero environmental footprint for a broad range of applications in terrestrial and space domains. The ultimate objective is to meet global growing needs in sustainable resources.

The completed and current laboratory efforts of his team include system development, optimization, and prototyping to demonstrate performance characteristics and proof-of-concept solutions for Generation IV advanced reactors and next-generation novel break-through energy systems.

His team’s particular interest is in novel nuclear energy systems and energy conversion approaches that would yield compact versatile modular configurations.  Their efforts naturally lead to exploration for various integral solutions and a willingness to challenge long-settled balance-of-plant configurations.  These emerging configurations analyzed by his group target multiple energy products from electricity to process heat to potable water and other applications produced in a single system and offering unmatched integration and potential versatility.  It was these interests that brought Steve and Pavel together to develop Steve’s NuGen concept to a feasible engineering level.

The advanced reactor designs being explored by Dr. Tsvetkov’s students offer reliable modular energy solutions with inherent capabilities to mitigate their own nuclear waste and to be ready for economical deployment and operation and responsible decommissioning. The laboratory has the experimental and computational capabilities needed for conceptualization, development and feasibility demonstrations of advanced energy systems and I&C solutions.

Since early 2018, the TAMU team has been expanded to include professors in the TAMU Aerospace Engineering and Mechanical Engineering Departments.

Other Advisors.
Steve has benefitted from, and appreciates, the past support provided by a number of other advisors from academia, the national labs and the nuclear industry, as well as other industries and business and finance.  A formal advisory committee will be formed at an appropriate future time.  In addition, NuGen is looking to partner with others in the nuclear industry, the aerospace industry and other industries, as well as national labs and research institutions.